Why are we talking about this?

In case you stumbled upon this blog post by accident, I’d strongly recommend you read a few other blog posts first to get the context:

Where do we have a problem?

Obviously we only experience problems described in the above blog posts if we have hosts that should not trust each other (individual users, servers from different applications) in the same security domain (= VLAN).

If you’re operating a mobile or PPPoX network, or if your data center uses proper segmentation with each application being an independent tenant, you should stop reading. If you’re not so lucky, let’s move forward.

In PPPoX and mobile networks every user (CPE device or phone) appears on a virtual dial-up interface and gets a /64 IPv6 prefix or an IPv4 host route. In any case, the point-to-point layer-2 link terminates on BRAS/GGSN.

What are we doing today?

Switches in these networks perform layer-2 forwarding of packets sent within an IP subnet even though they might be capable of performing layer-3 forwarding. 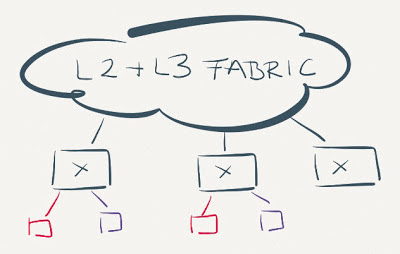 The situation is ridiculous in extreme in environments with anycast layer-3 gateways (example: Arista VARP, Cisco ACI) – even though every first-hop switch has full layer-3 functionality and is even configured to perform layer-3 switching between subnets, it still forwards packets based on layer-2 (MAC) address within a subnet. 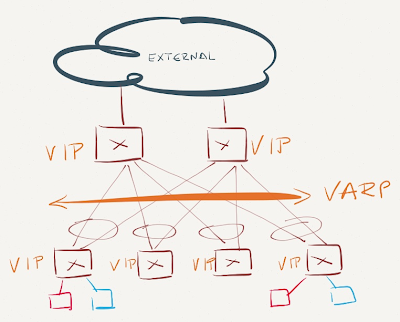 It already does. Microsoft Hyper-V Network Virtualization, Juniper Contrail and Nuage VSP use this forwarding behavior in virtual networks. Cisco’s Dynamic Fabric Automation (DFA) uses the same forwarding behavior in physical data center fabric, and Cisco ACI might be doing something similar. Not surprisingly, most of these solutions use BGP as the routing protocol.

Finally, if you're using Cumulus Linux, try out the Redistribute Neighbor experimental feature, which redistributes ARP cache into a routing protocol.