After all the laws-of-physics-are-changing hype it must have been anticlimactic for a lot of people to realize what Nicira is doing (although I’ve been telling you that for months). Not surprisingly, there were the usual complaints and twitterbursts:

All of these complaints have merits ... and I’ve heard them at least three or four times:

Interestingly I don’t remember a huge outcry when we started using IPsec to build private networks over the Internet ... maybe the immediate cost savings made everyone forget we were actually building tunnels with no QoS.

Anyhow, we’ve proven time and again in the last 20+ years that the only way to scale a networking solution is to push the complexity to the edge and to decouple edge from the core (in case of virtual networks, decouple them from the physical ones). 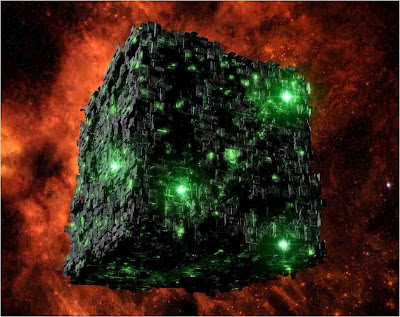 Stop fighting the IP tunneling ... you will be assimilated.

Assuming one could design the whole protocol stack from scratch, one could do a proper job of eliminating all the redundancies. Given the fact that the only ubiquitous transport we have today is IP, and that you can’t expect the equipment vendors to invest into anything else but Ethernet+IP in the foreseeable future, the only logical conclusion is to use IP as the transport for your virtual networking data ... like any other application is doing these days. It obviously works well enough for Amazon.

You have to use transport over IP if you want the solution to scale ... or a completely revamped layer-2 forwarding paradigm, which is not impossible, merely impractical in a reasonable timeframe ... but of course OpenFlow will bring us there ;)

However, I’m positive that the only way to build scalable virtual networks is to:

But, as always, this is just my personal opinion, and I'm known to be biased.