During the last Tech Field Day Extra @ CLEUR, one of the fellow delegates asked me about my opinion on technology X (don’t remember the details, it was probably one of those over-hyped four-letter technologies). As usual, I started explaining the drawbacks, and he quickly stopped me with a totally unexpected question: “Why do you always tend to be so negative?”

That question has been haunting me for months… and here are a few potential answers I came up with.

It’s a Question of Balance

For whatever reason, networking engineers always ask me about some overhyped new stuff (maybe that has something to do with our focus), and I feel the need to provide a counterbalance to the vendor hype.

After all, if you don’t understand the tradeoffs, you can’t make an informed decision, and we can’t expect the vendors to explain all the drawbacks and pitfalls of their technologies or products… and by the time you get burned, it’s already too late. There’s a reason some people call emerging technologies “the bleeding edge” - sometimes, I feel like watching kids playing with freshly-sharpened knives.

As anyone watching my webinars knows I try to do my best to cover the benefits AND drawbacks of various networking technologies in them, but then I have enough time for nuances, and the privilege to select the topics I want to talk about (unless I hit The Good, the Bad and the Ugly or Azure orchestration system).

A few days ago, Christian Reilly reposted a graph that might explain my occasional rants. While trying to figure out whether Slovenia belongs to Central or Eastern Europe can turn into a highly contentious debate, we are pretty close. 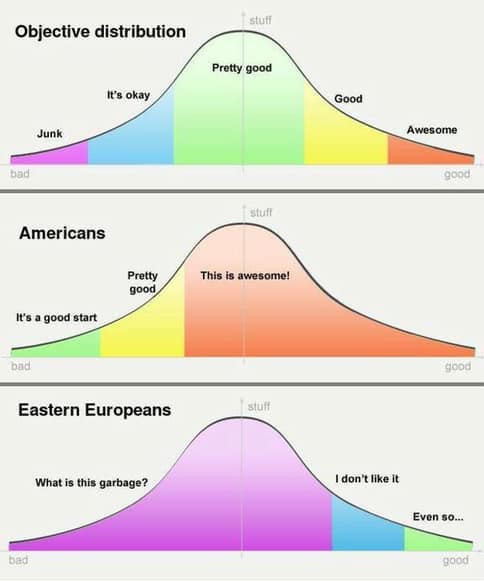 The graph in the previous section assumed Gaussian distribution of whatever we’re observing… but what if that’s not true and we should use power law which in this particular case quickly turns into Sturgeon’s Law.

Assuming the vendors promote their stuff regardless of where it lies on the power-law curve would nicely explain the perceived bias of my reactions. 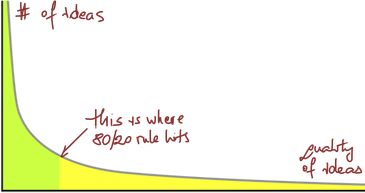 Have you noticed that you get an Eastern European perspective if you apply Sturgeon’s Law to Gaussian distribution?

Maybe It’s All of the Above