2013 was definitely the year of overlay virtual networks, with every major networking and virtualization vendor launching a new product or adding significant functionality to an existing one. Here’s a brief overview of what they’re currently offering: 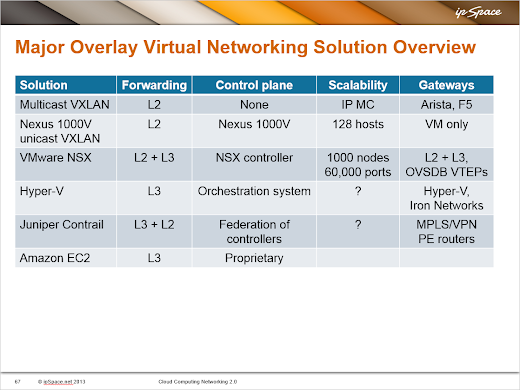 If you need help designing your next-generation private or public cloud with overlay virtual networks, get in touch. You’ll also find plenty of details in my virtualization webinars: