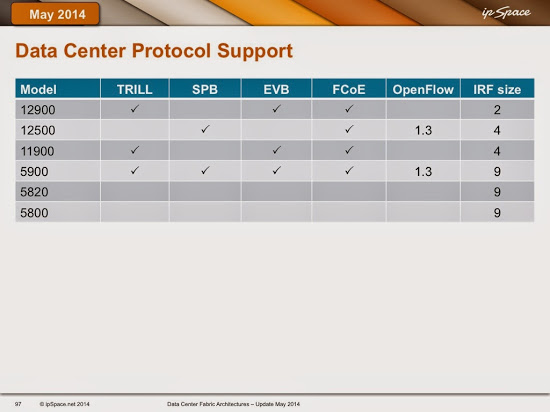 Interested in what Arista, Brocade, Cisco, Dell Force10, HP, Juniper and NEC did during the last year? Register for the Data Center Fabrics Update webinar.