Almost a year ago, I predicted that eventually the hypervisor vendors will wake up and realize it’s time to get rid of VLANs and decouple virtual networks from the physical world. We’ve got the first glimpse of the brave new world a few weeks after that post was published with the VXLAN launch, but that was still a Cisco’s solution running on top of VMware’s (and now everyone else’s) hypervisor. The recent VMware’s acquisition of Nicira proves that VMware finally woke up big time.

Why is this important?

A few days ago, Nicira was just another SDN startup (although one of the rare ones with an actual shipping product). Those that understood their Network Virtualization Platform (NVP) loved it, but everyone considered NVP to be a solution targeted at Rackspace-sized cloud providers.

We don’t know what VMware’s plans are, but they just might incorporate Open vSwitch into vSphere kernel, make NVP part of vCenter (or vCloud Director) and offer the whole solution as part of one of the standard products. Assuming VMware also buys a feature-rich high-performance VM-based L4-7 appliance vendor (vShield Edge is still a joke), you’d have a killer combo that would need nothing more than simple IP-based network transport to create billions of virtual networks.

Alternatively, I’m totally wrong and VMware might decide to use NVP as part of a multi-hypervisor orchestration tool. They have most of the components to do that. 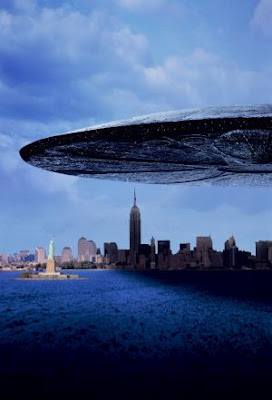 Anyway, the times of large-scale VLANs are definitely coming to an end. We don’t know when the MAC-over-IP encapsulation will become part of a mainstream vSphere product (it will definitely be part of Hyper-V in Windows 2012 server), but that time will arrive sooner rather than later. TRILL (and related technologies) is truly nothing more than a tactical solution.

What this is not

As one would expect, some people view the VMware’s acquisition as validation of Software Defined Networking (SDN) approach. It might definitely look that way to a VC, but if you forget the marketing games, NVP’s architecture is not much different than Cisco’s Nexus 1000V or VMware’s VDS. They all use central control/management plane to download forwarding and policy information into distributed semi-autonomous soft switches. The “only” difference is that Nicira's architecture actually scales due to a number of design and implementation choices they made.

If you’re new to virtualized networking and would like to understand what this is all about, start with the Introduction to virtualized networking webinar. Various virtual networking technologies are described in Cloud Computing Networking webinar (which now includes a 1,5-hour long section on IaaS scalability). You can buy individual recordings or get access to both webinars (and numerous others) with the yearly subscription.

Finally, if you’d like me to review your data center/cloud network design or discuss various technology options, ExpertExpress just might be the best option.