Big Switch Networks is one of those semi-stealthy startups that like to hint at what they’re doing without actually telling you anything, so I was very keen to meet Kyle Forster and Guido Appenzeller during the OpenFlow Symposium and asked them a simple question: “can you explain in 3 minutes what it is you’re doing?”

The answer (without any of the network virtualization mantras) was also very simple: We allow tenants in multi-tenant environments to use ports on different physical and virtual switches as a single switch.

The obvious next question: “how does that differ from MPLS/VPN or VPLS?” Honest answer: “not that much” (and they let me stew over it).

It took me a few hours, but then it hit me ... the real difference is the configuration mechanism.

VPLS environment is even simpler: the customer has no control whatsoever, as there’s no layer-2 control plane between hosts and adjacent bridges. If you’re extremely lucky, you might be able to pass STP BPDUs across the VPLS cloud (not sure whether that’s really good or bad) or use Ethernet OAM. Anything else – just forget it. 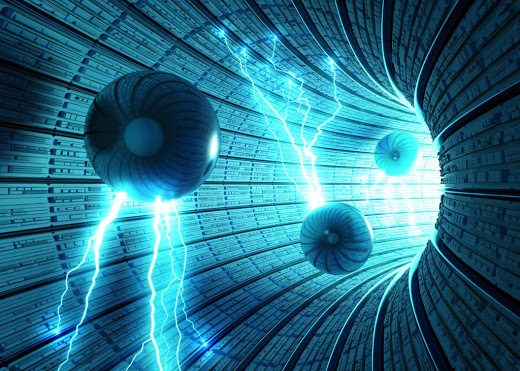 Now imagine you could actually use CLI (for the true machos) or GUI (for iPhone addicts) and configure the ports on the PE-routers (be it layer-2 ports, layer-3 ports or SVI/RVI-like virtual layer-3 interfaces), security mechanisms (BPDU guard comes to mind) and the routing policies, all on your own, like you would own a big distributed switch (like QFabric), with zero interaction with the SP/cloud provider engineers. A smart OpenFlow controller running the Wizard-of-Oz-like magic behind the scenes could also implement resource restrictions (number of flows – be it MAC addresses, IP prefixes or other flows – per tenant).

Sounds like science fiction? Not really, that’s what Amazon VPC does today (although with limited functionality and only at layer-3), so it’s perfectly doable.

Disclaimer: Until I see the Big Switch controller in action and read the documentation, I won’t even try to claim they are anywhere close to the nirvana I’m describing. I’m just saying that we can reach that goal using OpenFlow as the technology. Once they decide to share more information with me, you’ll be the first to know.

Disclosure: Big Switch Networks indirectly covered some of my travel expenses during the OpenFlow Symposium by participating in the event, but nobody has ever asked me to write about their products or solutions. Read the full disclosure (or more precise ones by Tony Bourke or Matt Simmons).