Abner (@abnerg) Germanov surprised us all at the end of Juniper’s presentation at Networking Tech Field Day when he announced Junosphere access for all the delegates – after a year of nagging, I would finally be able to touch Junos. However, instead of taking it easy and studying the excellent Junos Day One books (which I also did – if you’re new to Junos you should definitely start there; they are well worth reading), I decided to take a more geeky approach.

Obviously it would be easier and faster for me to buy an SRX or two on the eBay to get exposure to Junos, but I wanted to test a few somewhat larger scenarios with recent Junos releases and the second-hand equipment rarely comes with brand new software (don’t even mention that you can get Junos in the wild and run it on Olive).

If you’ve watched the video of the Junos Automation presentation Dan Backman did during the Networking Tech Field Day, you might have noticed how excited I was about the fact that Junos uses XML internally – I developed several XML-based web sites and know all about the flexibility (and a lot about the pain) of using XML and XSLT behind the scenes.

I know Juniper offers an IOS-to-Junos configuration translation tool ... but using it wouldn't be nearly as much fun (not to mention the educational value) as this project was.

Step#1 – get sample Junos configurations in XML format. A few twitter friends replied to my plea for help (I wanted to get ready before getting Junosphere access) and sent me scrubbed configs in XML and test format. Thank you, you’ve been a great help!

Step#2 – generate text configuration from XML. Ouch. As every other large system, Junos seems to have evolved “organically” and there’s no simple way of transforming XML configuration into a format that’s identical to a text configuration a Junos router generates; there are just too many exceptions (more about that some other time).

Anyhow, I got 95% there after extensive tweaking and it turns out Junos doesn’t care too much about the exact syntax – as long as the object structure is correct, it usually parses and accepts the configuration.

If you’re interested in this project, download the XSLT and play with it. To use it, you need a XSLT 2.0 processor; I highly recommend Saxon (home edition).

Step#3 – generate XML configs from Cisco IOS. Fail. Cisco IOS does not use XML internally; its configurations are generated in text format (don’t blame anyone – the development of Cisco IOS had started long before someone even dreamed about XML).

However, in theory you should be able to get an IOS configuration in XML format with the show configuration | format command. Unfortunately, that command has to rely on a technique somewhat similar to screen scraping – it re-parses the configuration generated by Cisco IOS and tries to munge it into XML format.

The process worked reasonably well when I first tried it years ago; this time I got parsing errors and totally unusable XML. Time for Plan B. 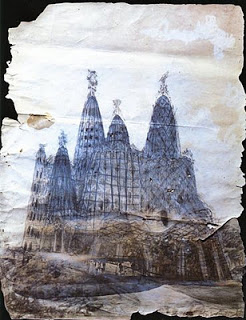 Yeah, this looks about right

A geek makes the wrong choice

At this point, I had a few options:

By now, you probably know what option a stupid geek with a strong affinity for getting-it-right solutions would choose ... because a bunch of regular expressions in a Perl script just isn’t good enough when all you need is interface IP/IPv6 addressing and OSPF/IS-IS routing.

Two days later, I had a set of Perl scripts that:

At the moment, all those scripts can do is to copy the IP/IPv6 interface addresses and very basic IS-IS routing configuration from Cisco IOS format to Junos format ... but the solution is clearly extensible ;) and it actually generates working Junos configurations that I was able to use in Junosphere.

Disclosure: Juniper indirectly covered some of my travel expenses during the Networking Tech Field Day by participating in the event, but nobody has ever asked me to write about their products or solutions. Read the full disclosure (or more precise ones by Tony Bourke or Matt Simmons).