I was talking about Cisco’s VSG in numerous webinars and presentations, but never managed to write a blog post about this interesting product. Let’s fix that, starting with a short video from the Cloud Computing Networking webinar. 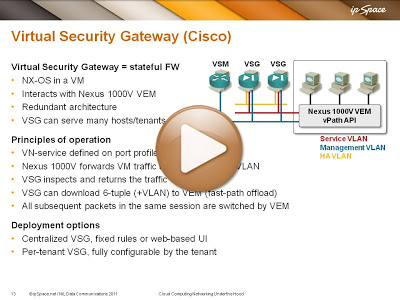