I thought Nexus 1000V is like Aspirin compared to VMware’s vSwitch, providing tons of additional functionality (including LACP and BPDU filter) and familiar NX-OS CLI. It turns out I was right in more ways than I imagined; Nexus 1000V solves a lot of headaches, but can also cause heartburn due to a particular combination of its distributed architecture and reliance on vDS object model in vCenter.

VMware’s vNetwork Distributed Switch (vDS) can span 350 hosts because it doesn’t have a control plane; vDS is just a management-plane templating tool. 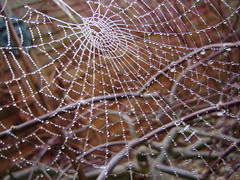 VSM must be just around the corner

Fact#2: Nexus 1000V is represented as a vDS in vCenter; that’s the only way to represent a distributed switch in vCenter.

Fact#3: You cannot move a running virtual machine between hosts that are not part of the same vDS.

It seems that this is more a vCenter limitation than a Nexus 1000V limitation. VMware probably doesn't care because its vDS spans 350 hosts … and it wouldn't be too hard to stretch it to a larger number of hosts if someone would really want to have that.

You can easily use Nexus 1000V in combination with DRS/HA clusters. These clusters can have at most 32 hosts (64 VEMs is thus more than enough), and the automatic vMotion and load balancing will work as expected.

Combining two DRS/HA clusters in a Nexus 1000V vDS is probably more than enough for typical enterprise data center (you can still vMotion VMs between the clusters if you have to do large-scale maintenance or software upgrade).

Virtual networking scalability is one of the main topics of my Cloud Computing Networking – Under the Hood webinar (register for the live session).